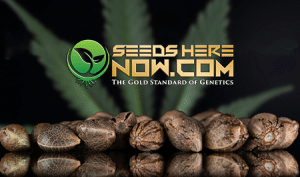 Growing hemp seeds is a serious craze now, and anyone can plant seeds easily, as it is as simple as maintaining other plants in your garden. However, before planning to start growing hemp seeds in your area, knowing some basic facts and differences is really important.

When it comes to growing hemp seeds, three types of seeds are amazingly popular: regular, feminized and auto-flowering seeds. Each has its unique advantages, usage, disadvantages, demands, and  breeders, depending on your goals.

So before starting with the growing procedure of seeds, it is important to understand the basic difference between three of the seed types – because if you do not explore the differences and requirements of the seeds, it will be difficult to accomplish the expected result. To learn more about the few differences between these three types of the seeds, read the writeup.

Regular hemp seeds can be grown, either male or female- it completely depends on the procedure they are planted with. Moreover, the regular seeds generally produce males, they are popular among the breeders who want to create new strains.

“Note: Males produce pollen which is used by the breeders in fertilizing female plants, with which the new generation of seeds emerged.”

Moreover, the regular seeds are available in several different forms including Indica-dominant, Sativa-dominant and more.

Regular genetics are completely natural and are grown as a result of how the hemp plant emerged in nature- there is no meddling or change involved. Also, the breeders have created the regular hybrids by uniting the genetics of two different subspecies-this results in a progeny that expresses the traits of both parent strains.

As a breeder, if you want to grow both female and male plants, then regular hemp seeds are for the right for you- having both male and female seeds at your disposal will allow you to create your strains.

With the regular hemp seeds, you would be able to select the plants with traits you like and can utilize them to develop customized varieties- you can modify anything like productivity, and size.

The feminized seeds refer to the seeds that have been produced from the female hemp plant and have been pushed into producing male flowers through various methods.

“Note: To be precise, the possibility of a female emerging is around 99.9%.”

Feminized seeds are generally produced by crossing one female with another, and here the breeders usually follow two different techniques to push female plants to develop pollen. After this, they fertilize another female- whose flowers produce a new feminized seeds generation.

Moreover, there are two different ways to force female plants to grow ball;

Breeders collect this “female pollen” and use it to fertilize female flowers to produce feminized seeds.”

As a breeder, if you want to grow resinous flowers, then feminized seeds are for you. With this, you will secure your time as you will not require to shift male plants out of your space.

Autoflowering seeds get their name due to their capability to flower without a change in the light cycle. The seeds are easy to grow, fast to flower and easy to maintain with normal sizes.

“Note: Ruderalis doesn’t have time to mess around. These plants need to reproduce before the short summer comes to an end and the freezing temperatures of autumn grip the landscape.”

If you want to harvest as quickly as physically possible- it might be possible you want to boost turnover, or set up and take down your growing operation within a small window of time.

They’re also a good option if you have limited space, you can accomplish a good yield in a small tent by growing several plants and utilizing the SOG  method.

“Note: Autoflowering strains are well-suited to discreet growers. As a breeder, you can plant these small seeds in small buckets and boxes.”